Here’s my first vlog, detailing things happening right now. Hope you enjoy!
(And don’t mind the Little Man in the back ground. He loves the spotlight:-))

I just wanted to stop in and let you know things are going well with the move. Only a few more thing left to move or put in storage and we’re good to go=) We took yesterday off and got some Christmas shopping done, and, depending on the weather today, we should be able to get the rest of the big stuff out of the way.

Anyways, just wanted to stop in and let you know I’m thinking about you and can’t wait to get back to my regular blogging schedule!

A blog break. I have never taken one in my over-a-year of blogging. It’s necessary though. My family and I are moving households which means I have little time to do much on the internet. I may come in to update you on things once or twice, and of course I’ll be tweeting with my phone, but as of now, until January 2, I will not post regular content.

Until then, Happy Holidays!

Welcome to this week’s Saturday Prompt. It’s easy. Take a look at the sentence, take a look at the picture, and see what story you can come up with. You can use one or both prompts, it’s completely up to you. If you would like to share what you’ve come up with in the comments, everyone would love to see it! Or, if you prefer to post it on your own blog, leave a link in the comments so we can come check it out! Have a happy Saturday, everyone 🙂

She wondered what would change had she chosen something different.

by Lynn Kelley from WANA Commons on Flickr.com (CC)

It’s that time of week when we dive deep into the ocean of knowledge known as the internet and find those oh-so-precious pearls of wisdom! If you have a link you think others could benefit from, please feel free to leave it in the comments and I’ll add it to the list (with credit, of course;-))

Other Useful Stuff Too

It’s the first Wednesday of November, which means it’s time for the Insecure Writer’s Support Group (IWSG)! The brainchild of Ninja Master Alex J. Cavanaugh, the IWSG is here for you to spill your latest insecurities or inspire your fellow writers. 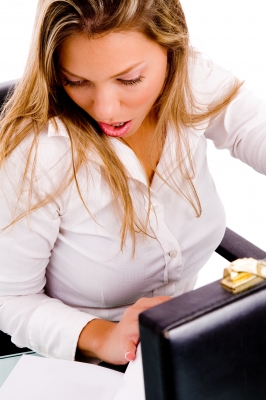 by imagerymajestic from FreeDigitalPhotos.net

You did it. You crossed the finish line. NaNoWriMo didn’t defeat you, you walked right over it. Your 50K is done and you’re proud to say you printed out the certificate to prove it (I totally did).

Stop right there and don’t move.

I’m here to tell you something and you need to listen before you go any further with those thoughts.

What you’ve written is bad, but you’re not a bad writer.

Because this is your FIRST draft. There are so many more to go.

So, while what you’ve written may not be up to standards YET, you have a second, third, and even fourth draft to write before it is.

On November 1st, the start of this year’s NaNo, Mental Floss put up a list of 11 published books that started off as NaNoWriMo novels. None of them, in their final form, are first drafts. But that’s not all. The Office of Letters and Light have their own list of published NaNo novels. How many of those do you think are first drafts? NONE, that’s how many. At least, none of the super successful ones.

The reason her novel is published is because she took a really horrid first draft and polished that baby until she knew it was ready to be submitted. You know what happened when she got the deal? EDITORS got a hold of it. More polish and more shine. Now, it’s a huge deal everyone (that I know, at least) is talking about it.

How about another popular YA novel? Stephanie Perkins wrote Anna and the French Kiss during NaNo. It went through several drafts. Now, it’s one of the most popular contemporary YA books out there.

The hard work you put in for NaNo isn’t over. It’s just beginning. The real work comes in making your new MS sparkle and shine.

So, set it aside for a few days, sit back, and enjoy life. Forget about what you wrote, and, when you do come back, you’ll be ready to start your editing. You’ll realize what you’ve written isn’t dreck, it’s the start of something amazing…

Welcome to this week’s Saturday Prompt. It’s easy. Take a look at the sentence, take a look at the picture, and see what story you can come up with. You can use one or both prompts, it’s completely up to you. If you would like to share what you’ve come up with in the comments, everyone would love to see it! Or, if you prefer to post it on your own blog, leave a link in the comments so we can come check it out! Have a happy Saturday, everyone 🙂

She stopped at the sound of screaming, laughing children. 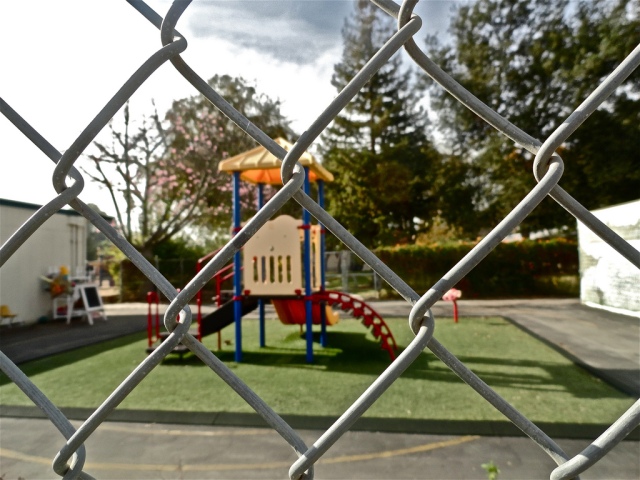 by Lynn Kelley from WANA Commons on Flickr.com (CC)

It’s that time of the week where we dive deep into the blogaverse and drink from the cup of knowledge it provides!

Other Useful Stuff Too

That’s it for this week!

Tomorrow is the last day of NaNoWriMo. I’m pleased to say, I “won” and didn’t know it until 2K later, lol=) How are you doing?

What The Meaning of Sick Is (In My Household)

So, I went missing for a few days. I didn’t do a Thirsty Thursday, didn’t do any thanks for Thanksgiving, nor did I do a Saturday Prompt. I haven’t posted anything since the Twitter Follower Giveaway post and that was written the night before, so it doesn’t really even count.

I love blogging. I love Thirsty Thursday and the Saturday Prompt. I love getting to know you guys and telling you how NaNoWriMo is going. Last week and the past weekend had none of it though :’-(

A couple of weeks ago, I talked about how I had a sick. I thought it was a simple cold and after a couple of days I got up off the couch and returned to my daily duties (the dishes piled up something fierce, I’m telling you). BAD IDEA!

I don’t know if it was a completely new set of germs that got me or the original sick, but I went down again and for longer. Thanksgiving didn’t happen. Not on Thursday as it was supposed to anyways. We had to postpone to Sunday night. It was just my family and a family friend though, so we didn’t destroy a host of people’s plans. Thank goodness for that!

I’ve should have gotten used to this last year, when I was sick or sickly for three months straight because of all the germs my daughter brought home from kindergarten. I have learned now. My kids in school equals a winter full of constant germy-sickliness and general blah. I’ve got more fun to look forward to… Anyone have any vitamin C they can share?

I spent Saturday resting with the family, watching TV and cat-napping here and there so I wouldn’t feel so horrid for the dinner. It worked. Sunday morning I woke up and felt okay enough to clean the house and cook the food. By the time six thirty rolled around, I had a family with full bellies and a nice round of FILOC* going on myself=)

Now that all that’s done with, today is about #PitchWars. I’ve picked the three mentors, and I’ve started getting my emails ready. I’m going over my first five pages again and again, double checking spelling and grammar. Same with my query. It’s fun and exciting and I don’t know if I’ll get one of the mentors I pick, but I know I’ve picked three of the best=) It was a hard decision to make because all of them were beyond awesome.

Anyways, I hope all my US friends had a good holiday weekend. I’m back at it this week with no problems=)

ALSO!! To all of my Twitter Followers, you only have a couple more days to pick what you want to win! I’ll be picking a winner on Wednesday. IT COULD BE YOU!!!

Until then, happy and healthy days to you all!!

The Truth About the Truth

by Lynn Kelley via WANA Commons on Flickr.com (CC)

You’ll hear it all over the internet, from the mouths of hundreds of authors and writers, and in hundreds of advice books: If you want to write, put butt in chair.

There are people out there who spout the “Write Every Day!” philosophy, and if it works for them, awesome.

There are those out there who write whether they have snot streaming out of their noses and can do nothing but mouth-breathe.

And the great thing about all of that is the one truth that… Writing is Rewriting.

There’s one thing these truths don’t touch upon though…. The hidden sickness. The thing that lurks at the periphery and hints at something wrong, but you just don’t know what and neither do the doctors.

It’s times like these when the truth about the truth becomes bullshit.

Sometimes, putting butt in chair is the last thing you need to do.

Sometimes that snot running down your nose needs more attention than the screen.

Sometimes the only thing you can do is walk away from the writing and take care of yourself.

So, for the sake of your health, get the hell away from that computer, stop feeling guilty and get yourself better!!

You never know what may come through

I am an author of stuff. This is my blog.

Art, Design, Editing, and the Nuances of Storytelling According to Kisa Whipkey

Embracing the Divine Within.

Writers In The Storm
Writing, Reading, and Life
Kate Brauning

It is late last night the dog was speaking of you

Daily dish of a literary agent

If you're in a fair fight, you're using poor tactics

Reading you under the table since 2012

Jane Friedman
How To Write Shop